Five alcohol trends that are accelerating

Consumers, for the most part, are feeling more comfortable frequenting bars and restaurants now that vaccinations and boosters are widely available. But as more come back in for a drink, they are demanding something new and innovative more than ever.

Datassential’s Future of Drink report covers trends of all sizes and types, ranging from those that are just popping up in high-end cocktail bars to those that are widely available at chain restaurants and bars. Here are five alcoholic beverage trends that moved up on the Menu Adoption Cycle this year, from “Inception” to “Adoption” — and those that will be important to know when refreshing bar menus:

Every food business that offers delivery has seen their business shift while in, and emerging from, the pandemic. Alcohol delivery is becoming critically important for restaurants from QSRs to casual dining chains, as they struggle for market share. Chains like Buffalo Wild Wings, BJ’s Restaurants and Pizza Hut have all embraced this trend and have seen success through
higher check averages as a result. Of course, this is not a surprising trend considering how consumers demanded delivery more often during the pandemic, and on a wider variety of goods. We see the Amazon trucks pull up to our neighborhoods every day, and the Instacart and DoorDash delivery drivers are hopping all over the map, too. And plenty of liquor stores have their own

services or use third-party sites like Drizly. This trend continues to grow rapidly as states make changes to regulations and laws during COVID-19, many of which will stay in effect for the next few years. 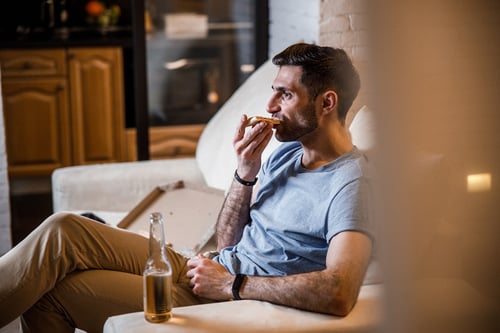 So where can on-premise providers pivot or extend their business to consumers’ homes? Many bars and restaurants have found luck creating unique cocktail kits that can be made available for pick-up and delivery, and most importantly, allow one to stand out from a crowded market for both on- and -off-premise. Cocktail classes, both in person and via Zoom, are also great ways to get consumers involved and excited about the process of making a great cocktail. Younger consumers, in particular,
heavily value experiential events.

For some, Dry January has lasted all year, and maybe longer. More consumers are now opting to avoid alcohol for a number of reasons — primarily, their health. Alcohol-free spirits and liquors are now becoming a fixture on bar menus. Brands like Ritual are premium, non-alcoholic spirits that closely mirror the flavor profiles of alcoholic spirits like Gin and Whisky and offer an
alternative to booze.

And the last thing a teetotalling consumer wants is limited options. With consumers putting more focus on health as the New Year approaches, it’s the perfect time to experiment with some new additions and mixed drinks that are so cool you don’t miss the booze. Giving customers the option to purchase a drink without the booze, at a lower price point, is also always a great option but it will be important to make them aware the change is available.

And speaking of teetotalers, alcohol-free cocktails featuring upscale, craft spirits and mixers are gaining popularity with consumers who want to enjoy the social experience of drinking without the alcohol. These craft cocktails are increasingly being made with teas and herbal ingredients to mimic the nuances of their alcoholic counterparts. Formerly called a “virgin” drink, these beverages have gotten a makeover. Now called “mocktails,” they’re increasingly gaining consumer interest. 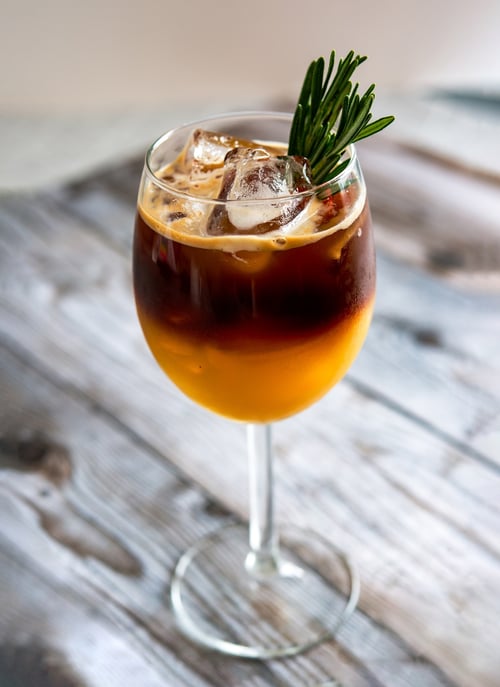 Coffee-and-booze drinks like white Russians and Irish coffees aren’t anything new, but as coffee continues to constantly evolve, that change is translating into the world of alcoholic beverages. And coffee cocktails are now growing beyond the traditional. Now coffee attributes like origin are even being called out in cocktails, some tout single origin coffee liqueur, and cold brew is used in cocktails for a smoother, less acidic taste. These drinks are less arduous for a bartender to make than making an espresso martini, and consumers are becoming more interested in these types of drinks, particularly as more feel they have mastered brewing cold brew and making other “fancy” coffee drinks at home.

Another elevated coffee drink that has entered the cocktail space is nitrogen. Nitro coffee has seen growth as a new “it” coffee, as it provides a foamy, soft texture similar to those cocktails made with egg. Adding a frothy kick without an egg, and therefore
making a drink vegan, is a double-win for many consumers. Chocolate and cocoa flavors are also prominent and growing in cocktails with a modern twist. Ruby chocolate, also known as “pink chocolate,” provides an eye-catching color twist to chocolate martinis and other cocoa cocktails.

Drinks For A Cause

Beverage companies are developing more alcoholic drinks designed with charity in mind. While donations to the cause are always nice, sometimes the focus is as much awareness as it is raising money. For smaller breweries that don’t have the size to make as much of an impact, they may team up to even further increase the community aspects of a charitable cause such as the collaborative project of Things We Don’t Say IPA, a craft beer for mental health. Black is Beautiful is a similar project to raise awareness for injustices affecting people of color. Both products allow the maker to stand out in a crowded market and can give onpremise a leg up if they seek to serve those particular brews. Of course, bars and restaurants can hold and express values
of their own, although it can be a risky proposition that could alienate customers. According to Datassential’s New Food Values keynote report, food insecurity is an effort that customers widely appreciate a retailer supporting, without wading into contentious waters. 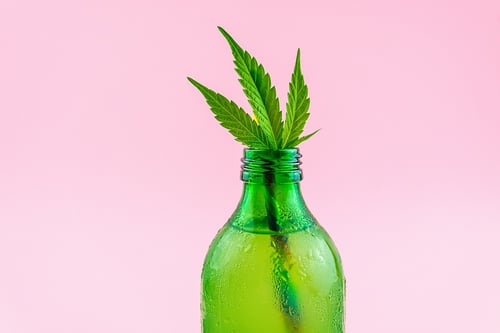 With consumers steering hard toward functional beverages or those with health benefits, and hemp becoming a federally designated agricultural crop, it likely won’t be long before cannabidiol, or CBD oil, is a mainstream ingredient in food and drinks. CBD, which is growing specifically as an ingredient in beverages — both alcoholic and not — has touted benefits including reducing inflammation, seizures, sleeplessness and anxiety. Canned CBD beverages is a growing area in many states (where regulations allow) and they are often paired with teas for an overall relaxing vibe.

This article was originally published on in the Mix.