From ice block to every block: the history and future of convenience stores

Ask any American consumer to imagine their lives without the convenience of convenience stores — the ability to fill up the gas tank on a cross-country road trip, grab milk or bread forgot at the grocery store, or just to answer a serious ice cream craving past midnight — and they may not be able to picture how different their lives would look today. But back in the day, the idea of getting all you needed in a single trip to just one store was a foreign concept.

Residents of Oak Cliff, TX, (now part of Dallas) would flock weekly to the Southland Ice Dock to grab foot-long blocks of ice to carry home to keep their food cold. The proprietor, “Uncle Johnny” Jefferson Green, had the idea to sell essentials like milk, bread, and eggs too. It made sense: the Ice Dock was already open 16 hours a day, 7 days a week — far longer than local grocery stores.

As the legend goes, “Uncle Johnny” took the idea to the Southland Ice Company, which operated the dock, and the company saw its potential. They soon merged operations at various locations under the extended schedule of 7 a.m. to 11 p.m. If those hours seem a little familiar, that's because in 1946, these stores were named 7-Eleven.

But of course, the story only starts there. Operators have constantly had to evolve to keep up with changing consumer habits, increasing competition from both retail and restaurant competitors like dollar stores and QSRs, and of course, a pandemic that turned every part of the industry on its head.

The biggest innovation in the land of c-stores in recent history was the offering of fresh food, brought in to make up for the loss of two of the segment's biggest revenue streams: tobacco (fewer smokers) and fuel (hybrid cars and less driving). 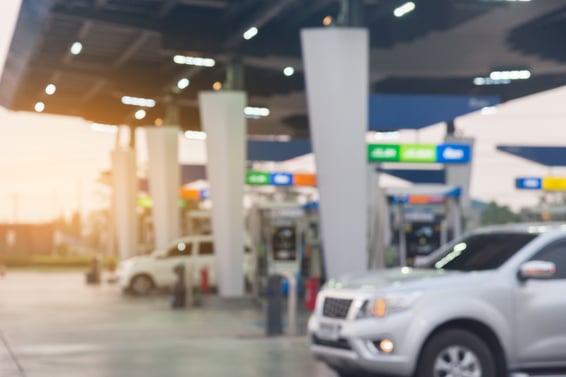 Fresh food and drinks (from coffee to fountain sodas and slushies) are also a way to get customers out of cars as technology has evolved to allow them to pay at the pump, or add a visit even when they don’t need gas. And it’s paid off. According to our 2021 C-Store Foodservice Keynote Report, repeat visits, like those for a hot cup of coffee in the morning or a sandwich at lunch, tend to contribute more to sales growth for c-stores than average spending per visit. So consumers may not be spending more, but c-stores are seeing them more — and that’s allowing c-stores to grow sales even in the most challenging of economic environments.

And here’s a critical and perhaps surprising statistic: the report also found that 3 in 5 consumers (61%) base their decision on where to buy gas in part on the quality of a c-store’s prepared offerings, rather than where gas is simply the cheapest or most convenient. 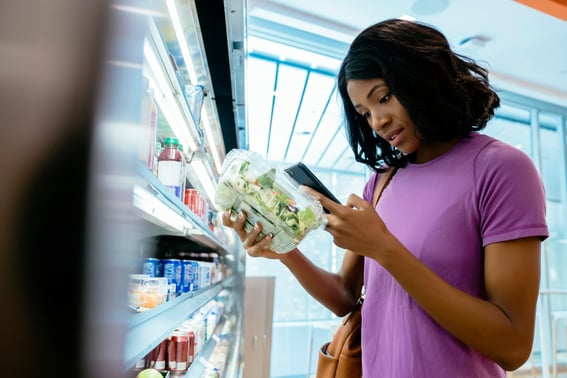 Plus, loyalty programs that focus on fresh items — like a frequent coffee purchase reward, rather than a program based solely on spending — only increase a consumer's likelihood to keep coming back.

These changes are where the lines between c-store and restaurant have really started to blur. If there’s no reason to make two stops in the morning — one to gas up and one to get breakfast — that’s a win for busy consumers, particularly Millennials, who have become c-stores’ core group of customers.

The lines have continued to blur as the pandemic demanded innovation from all corners of the industry. Mobile ordering, delivery, drive-thru-only locations, and virtual kitchens — it’s all happening in both restaurants and c-stores as operators fight to win consumers' inflation-shrunk dollars. Not to mention that some consumers are still working remotely, eating out less frequently, and fueling up less often.

In the last few years, a kind of parallel innovation has developed: Wawa opened its first drive-thru-only store last year, and so did Taco Bell, unveiling its new “Defy” line. Circle K last year retrofitted a store to offer “cashierless” service, just as Wow Bao did in 2017 and other LSRs in the U.S. and Canada have moved to in recent years. In 2020, DoorDash launched digital c-store DashMart, which brought convenience foods straight to consumers’ homes.

Looking ahead, c-stores have an opportunity to further explore technology, for both back and front of house, to ensure fresh food offerings get to customers as quickly and seamlessly as possible. C-stores may have a leg up where restaurants don’t, as well: They don’t often have a niche cuisine like restaurants do, so they can experiment with offering different cuisines that may fall out of a competitor’s wheelhouse. And having a wide selection of food available to customers that is fresh and fast will pay off. Consumers’ perceptions of c-store fresh food have improved markedly in the last few years, and at exactly the right time: 58% of operators said COVID caused restaurant consumers to trade down and visit c-stores more often, according to the C-Store Foodservice Keynote (available to Datassential's Report Pro subscribers). And even with fewer commuters, c-stores still grew sales during breakfast and lunch, the report noted, countering the restaurant industry trend.

In the current economy as inflation soars and prices rise, consumers are not (yet) trading down as they did in the pandemic, but some are choosing to dine out less, so it's important for operators of all types to focus on menu innovation that will draw customers in and breed loyalty, and of course, keep value in mind.

Beyond food, continued technological advancements will always be rewarded by consumers, particularly in challenging economic times. In the C-Store Foodservice Keynote, we reveal that automated order pickup has the biggest gap between consumer interest and the number of operators actually offering it, followed by scan and pay/just walk out technology, and mobile/smartphone app ordering. Those advancements,, in particular, may hold the key to the future for c-stores, especially in expanding into the typically slowest daypart of dinner. Because at no time in the future are consumers going to want grabbing a drink or a snack to be less convenient.

This article is an excerpt from the October issue of Creative Concepts, available here in ReportPro, Datassential's vast food and beverage report library. If you're not a subscriber and would like access to this issue and the rest of Datassential's latest data and publications, reach out to us here.