How restaurant operators can tap into the latest dessert trends

If consumers are what they eat, they’re awfully sweet. According to a new report from Datassential, consumers indulge in a sweet treat more than they say they do. In fact, 53% of consumers said in a recent survey that they had dessert within the past day, despite only 18% admitting that they eat desserts at least once a week.

Dessert is clearly an important part of many consumers' lives, whether it’s a sweet treat in the afternoon to push through the rest of the day’s work or an indulgent dessert after a meal. And desserts are equally important to restaurant operators, who, particularly in times where many people are choosing to take out or order in, count on dessert as an important add-on to a meal that can mean critical extra revenue and further enhance the customer experience and their likelihood for a return or repeat visit.

When it comes to sales margins, handheld desserts often offer the highest among dessert types. Indulgent desserts like pie and cheesecake have wide appeal, yet, for operators, these aren’t necessarily the desserts bringing in the most bang for their buck.

Some 60% of operators say that the desserts they offer help to drive profit. But when asked which desserts are their

primary sources of revenue, it’s the varieties that typically require less prep or can be eaten on the go, like cookies, brownies, cupcakes and ice cream. Not only do these types of desserts comprise the best-selling varieties, they also have the highest margins. 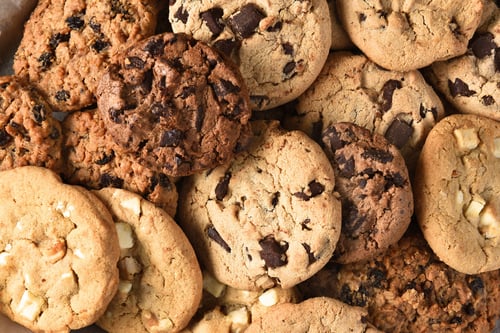 Cookies, in particular, take the cake for highest revenue and margins among all dessert types.

When building a strong dessert menu, it’s also important to know what treats consumers associate with an end-of-meal indulgence vs. those sweets that are most often eaten as snacks, that may make more sense to put on the menu all day long. For instance, most cheesecakes, pies and cobblers are eaten as a treat at the end of a meal. But other, easier-to-portion or eat-on-the-go varieties like cookies and ice cream are most often eaten as snacks.

When it comes to desserts, flavor is of top importance for consumers, many of whom pay less attention to healthfulness or other factors they may say are important for other foods. Over half of all consumers consider the flavor of a dessert as one of their top three factors when ordering a dessert away from home. For operators, that means that flavor trumps format in terms of developing and editing a good dessert menu.

Consumers tend to favor desserts that are familiar, too -- a nod of nostalgia always makes a dessert taste better. But nostalgia means something different for everyone. For example, older generations tend to have an affinity for desserts like cherries jubilee, pineapple upside down cake and fruit cobbler. Younger Gen Z consumers, on the other hand, tend to prefer flavors like Nutella, cotton candy, sour apple and funfetti.

In general, though, there’s a budding interest among consumers for globally inspired desserts. Frozen desserts from global cuisines, in particular, are those that Datassential calls one of the 10 dessert “mega trends,” with 39% of consumers finding them extremely or very appealing. Appeal is even higher for younger consumers. 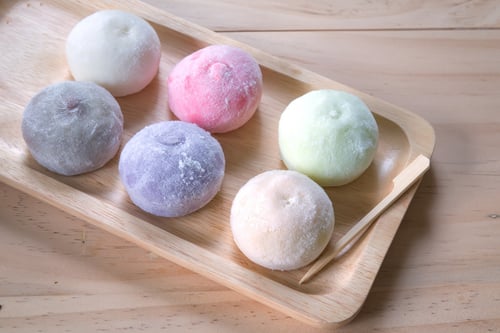 Several global varieties are among the 10 fastest-growing desserts on menus, including churros, pot de creme, mochi and halwa.

And although most consumers value flavor over health in choosing a dessert, vegan desserts are a category operators should not ignore. These desserts are still a draw for over a quarter of the population, and 45% of millennial consumers. Having vegan varieties available was important to more than a third of consumers buying desserts at a restaurant or to take home.

Additionally, the term vegan was the fastest growing term on frozen dessert menus, up 169% on frozen treat menus over the last four years. While few proclaim to have a strictly vegan diet, many consumers are interested in choosing a vegan option if and when it’s available, showing the potential of vegan desserts to be an added revenue driver on menus.

Samantha Des Jardins is a writer for Datassential, a food industry market research and insights firm.

This article was originally published on SmartBrief.

For more information on the Desserts Keynote Report referenced in this article and what Datassential can do for you, contact our team at hello@datassential.com