Grocery costs have skyrocketed in the past year. Here’s how families are coping with inflated prices 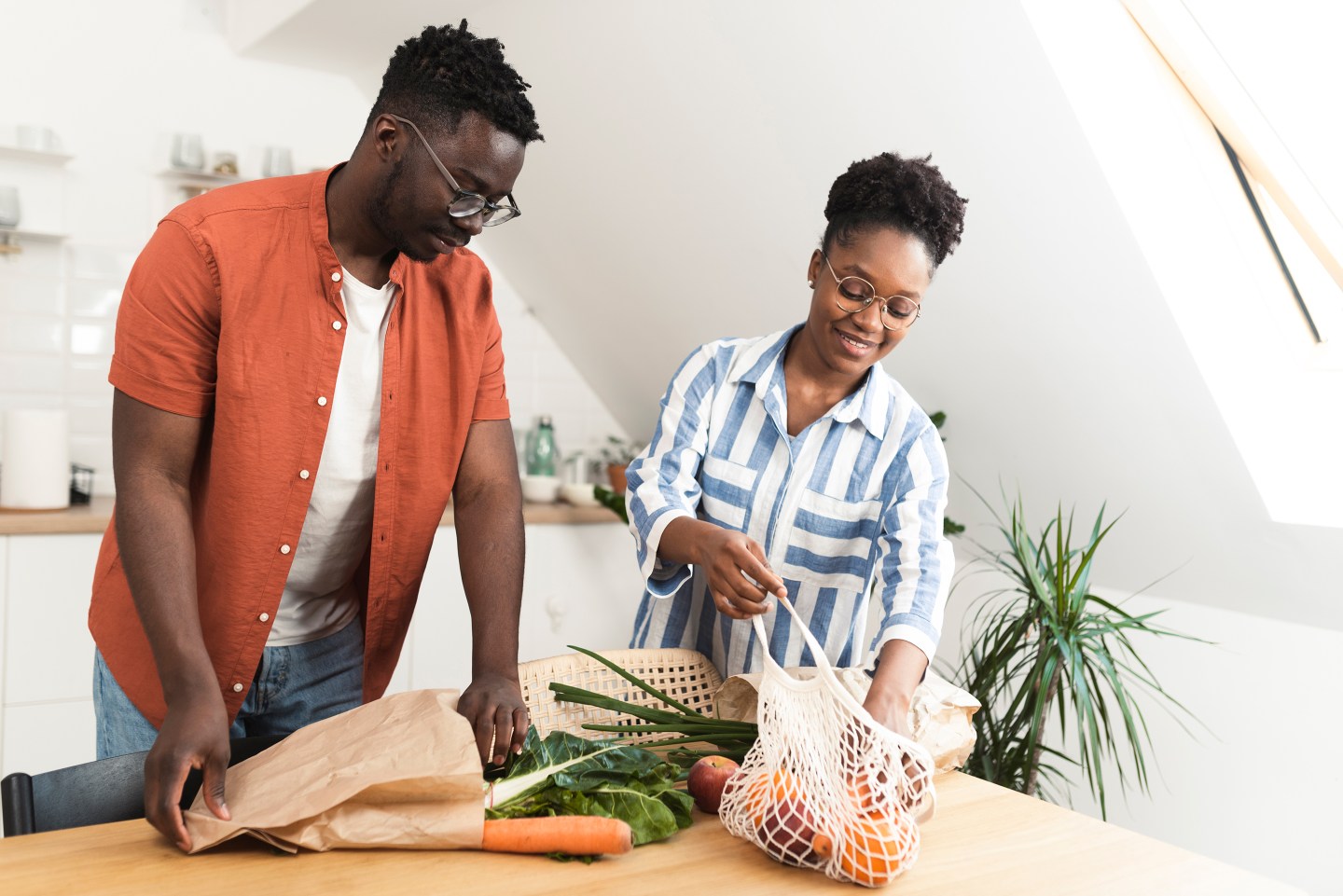 The cost of eating at home has increased by 12.2% over the past year. MIXMEDIA/GETTY IMAGES

Grocery prices increased 12.2% in the past year—the largest spike since 1979, according to the Bureau of Labor Statistics.

Coupled with the rising costs of just about everything else, families have started making hard choices: 44% of Americans have cut back on their grocery budget in the past three months as a result of inflation and higher prices, according to a new study by Datassential, a food-focused data analytics firm. For families like Kasia Polep’s, this means relying on food pantries to feed their families.

“I have found a church that does a weekly food pantry that gives out mainly produce, which helps out a lot,” says Polep, a 41-year-old full-time caregiver from Illinois. Polep and her husband care for their four children and her adult brother, who has multiple sclerosis, so their budget was already stretched thin before prices started rising. Inflation has made it even more difficult for them to get by.

But it’s not just Polep—nearly all shoppers are feeling the burn: 80% say the increase in the price of groceries is noticeable, according to the study. Over half of those surveyed, 61%, plan to change their shopping habits, with women and baby boomers being most likely to implement new money-saving strategies.

Nearly 40% of respondents save money shopping at stores like ALDI, as opposed to pricier national chains. Financial blogger Lauren Greutman is one of them. And she swears by couponing, a tactic over 36% of consumers surveyed by Datassential also implement while shopping.

Polep recently began scouring ads from multiple stores for coupons to get the lowest price available for each product she needs, as all major food groups have increased in price this year, according to government data.

She grocery shops strategically for her family. “When there is a sale on meat, I buy extra and put it in the freezer,” says Polep. She’s not alone: 23% of survey respondents do the same thing. Some families, including Polep’s, are even replacing meat with high-protein vegetarian options to reduce costs.

“We are doing more [meals] without meat, since that’s one of the biggest jumps in price,” she says. Indeed, poultry costs have increased 17.3% from a year ago, according to the U.S. Department of Agriculture Economic Research Service.

“Basically, there is no more making a list of what we’re going to have for meals. It’s more on a day-to-day basis of, ‘What do we have? What can I make out of what we have?’” says Polep. “Truly it’s about one day at a time. If we are here tomorrow, it’s a beautiful day.”

This article was originally published in Fortune.