How Jack Li Brings AI and Restaurants Together

Jack Li has always been passionate about food, so when he discovered a way to incorporate tech to improve the foodservice industry, he got a team together and started building.

Li is the co-founder and CEO of Datassential, creator of an insights platform for food and beverage companies. Datassential hit the market in 2001 when the world wasn't as technologically sophisticated. For this reason, the tech company's leaders wanted to provide data and trends to executives in the restaurant industry, and they've been doing just that for two decades now.

"Everyone realizes that while culinary art is about the art, a little bit of science certainly doesn't hurt," Li told Lifewire in a phone interview. "We've been able to help companies make smarter decisions around innovation and trends as a result."

Random delight: Li can almost instantly recite backward any word or short phrase you throw at him (we tested this theory with this reporter's name!).

A Love For Food

Growing up in Los Angeles, Li said he got to see and experience a lot of stuff. One of his favorite aspects of his upbringing was trying new and different food dishes.

"Discovering new foods was always real fun growing up," he said. "What didn't occur to me until a little bit later in life is that the availability of those foods was not nearly as prevalent in other parts of the country. That's one of the things that led to us starting Datassential."

Datassentials is Li's first entrepreneurial venture, but he launched it alongside a team of seasoned startup leaders. Since its inception, the tech company's team has grown to more than 100 global employees, who Li said all have a love for food in one way or another. 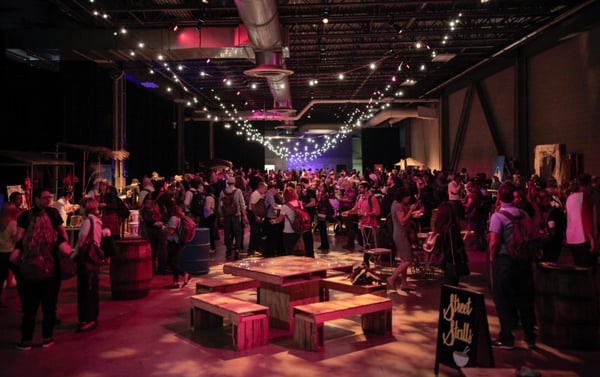 "At the core of it, we all just felt like we could do more with the vision that we laid out than we could at a standard nine to five," Li said. "We've been fortunate that our company has been successful."

To simplify what Datassential does, think of the company as the researcher behind finding out what the next great hot sauce will be compared to sriracha or being the first to share why the world began falling in love with kale.

"We've had small evolutions, but at the core of it, our mission is still the same," he said. "We're really about helping food companies all across the food chain build better products and market them more effectively to consumers.

Li said being a minority tech founder has been an advantage for him in his entrepreneurial journey. With launching a food-focused tech platform, he said growing up in a diverse household and trying foods from different cultures invoked his curiosity to try new things.

"If we can't do something obviously better than the other ways it's traditionally been done, then there's no sense in doing it at all."

Li and his business partners self-funded Datassential to get it off the ground. He declined to share further financial details, but the private company remains bootstrapped today.

Li said he's most proud of his company being able to find and predict food trends for companies looking to serve their customers better. Whether it's kale, avocado toast, or the next best spicy mayo, the company's founder is also looking forward to discovering new food trends and innovations as the restaurant industry continues to transform.

"If we can't do something obviously better than the other ways it's traditionally been done, then there's no sense in doing it at all. That's led us to take a tech-forward approach to a lot of the services that we provide," Li said. "We want to make sure that everything we put in front of customers is going to blow them away in some way."

This article was originally published on Lifewire.